Families festive fundraising leads to 100s of cakes being baked

“St Cuthbert’s Hospice holds a special place in our family’s hearts, and because of their loss of funding this year due to COVID we were determined to help them.”

“Our association with the hospice and its importance in the community starts with my Mam, Sarah Dobson, who volunteered in the Day Hospice shop in the early 2000’s. In 2012 at the age of 86 she was diagnosed with bladder cancer, which was managed well until March 2017 when she lost her fight with the disease. She died surrounded by family and in the excellent care of the wonderful staff at St Cuthbert’s.”

“After her death, our family did some fundraising for the Hospice in appreciation of the care they had given, and my sister Sue decided she would also like to raise some money by walking part of St Cuthbert’s Way. Northumberland has always held a special place in our hearts, particularly for Mam but also for Sue, who had been a volunteer at Durham Cathedral. The history of St Cuthbert lying in the Cathedral made the walk even more appropriate and special to Sue. So it was in August 2017 Sue and Tina (her good friend from university) set off on a four day trek, finishing at Lindisfarne. Not only did they enjoy their challenge but raised £1,000 for the Hospice in the process.” “Sadly, only two years later, Sue was diagnosed with an aggressive form of sarcoma of the womb and cervix. Despite undergoing chemotherapy and several operations, Sue passed away peacefully in the Hospice in September 2020. Although she had lived in London with her partner Graham and son Tom, she had wanted to return to her Durham home for her final days.”

“Our family is devastated by Sue’s death and we miss her more than words can say, but after learning of the Hospice’s loss of funding we set about trying to help in our own small way. Doing it in Sue’s memory, and knowing she was in our hearts, spurred us on in our endeavours. We knew she would expect no less of us! Together we have baked and decorated nearly 100 Christmas cakes, made 79 sponge cakes, cheese scones, marmalade, mincemeat, blackberry jelly and ginger wine. We have also sewed and knitted Christmas decorations.”

“At the present time the final total of our fundraising efforts isn’t known, but should be over £1,800. We have had a lot of satisfaction from our efforts and pleased our many customers. Hopefully my words will inspire others to do something, however small, to raise money to support the Hospice. Not only do the staff care lovingly for patients, but they also look after their relations, making them feel protected and having some pressure lifted from them. They deserve our support.” 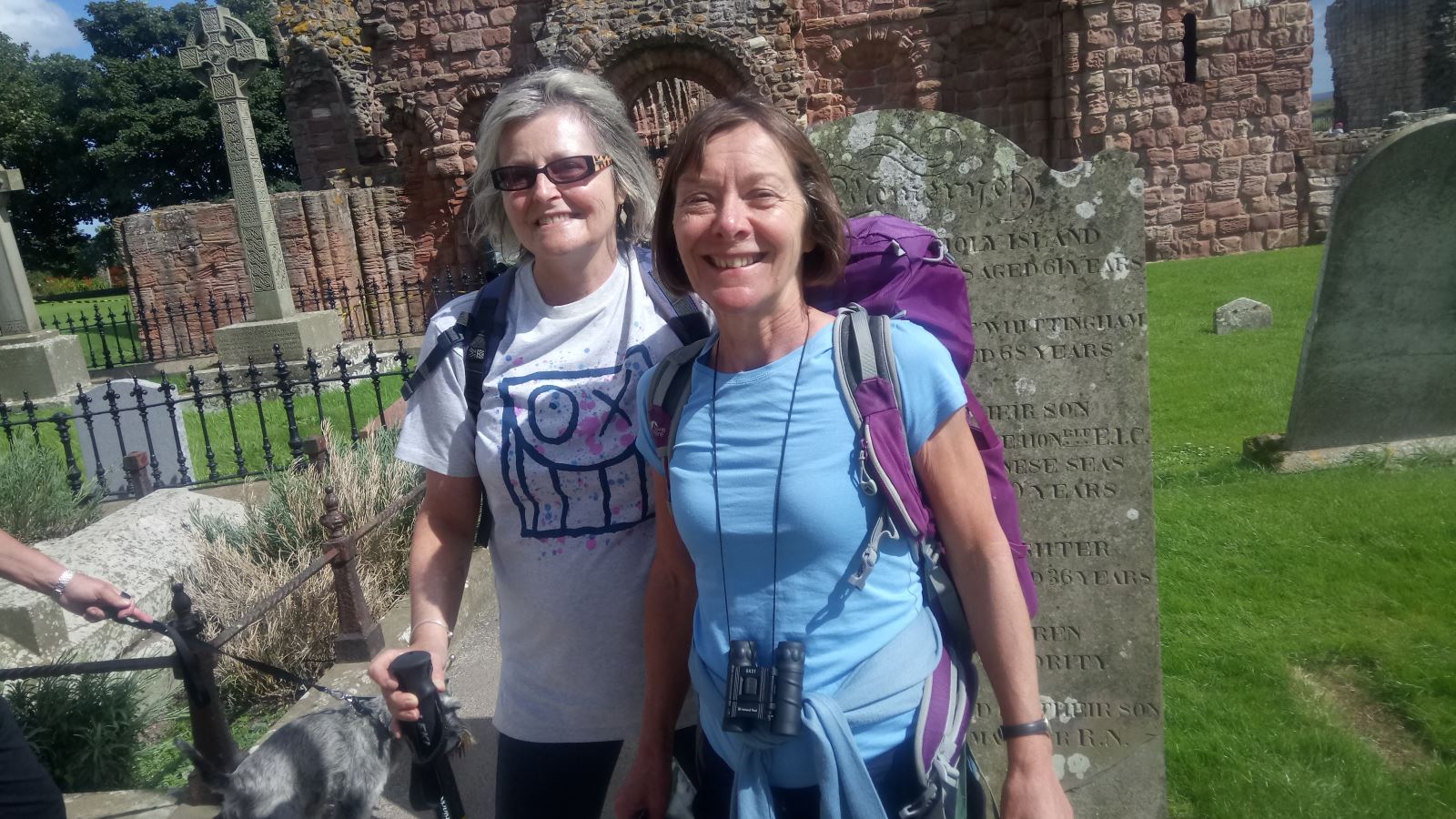